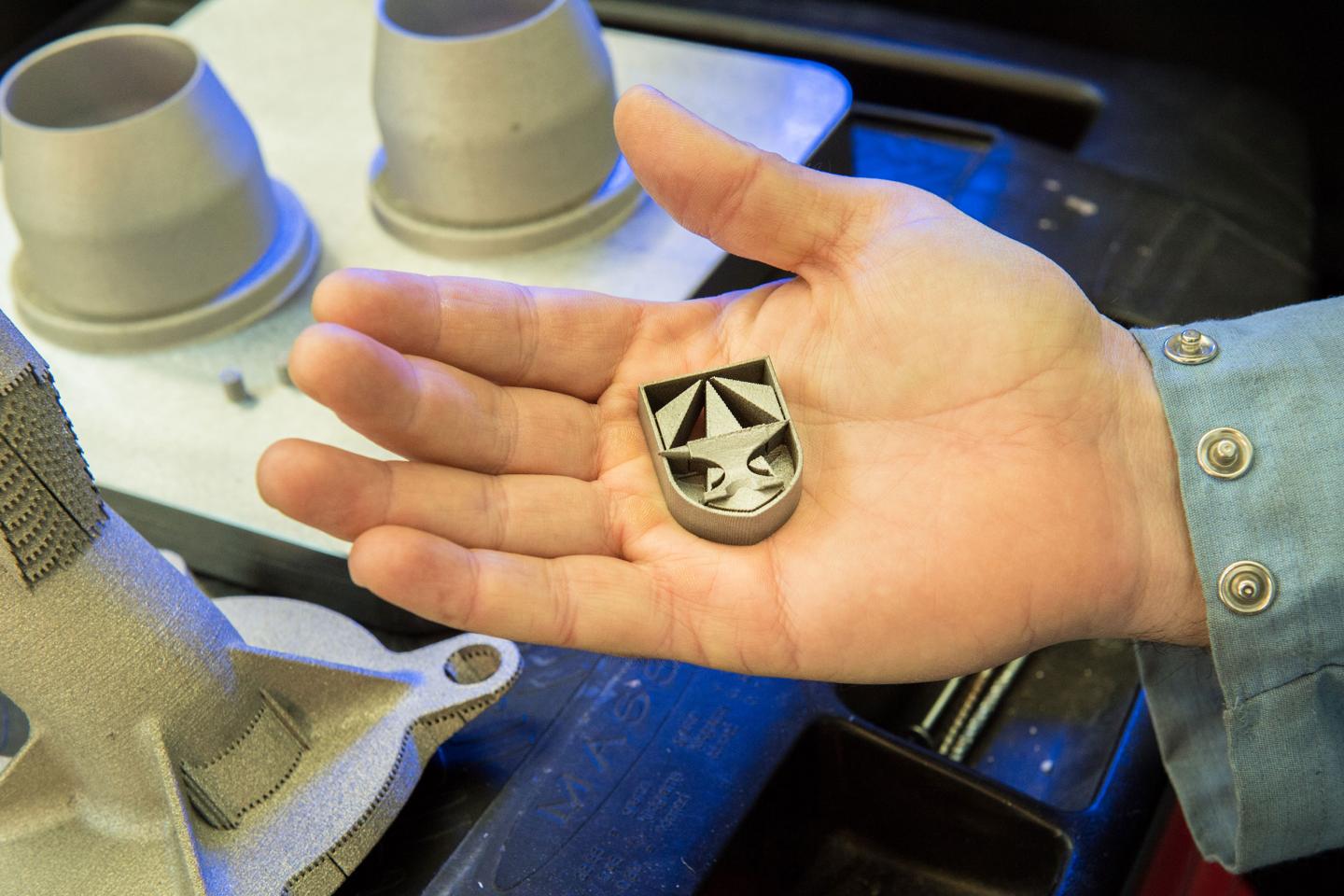 The researchers are using an alloy originally developed by the U.S. Air Force. The Army adapted the metal, called AF96, to powder form. Using a method called Powder Bed Fusion, the 3-D printer’s laser selectively melts the powder in a pattern. The printer then coats the build plate with another layer of powder and the process is repeated until the part is complete. The result is parts with internal structures with greater dimensional accuracy than if they were milled or machined, approximately 50% stronger than commercially available materials.

The part feels like a piece of steel that was forged traditionally but has intricate design features that no mold could create. The challenge lies in ensuring that replacement parts can perform as well – or better than – original equipment manufacturer (OEM) components, and that they can be certified by the Army for battlefield use.

The Air Force initially developed the alloy for bunker-busting bomb applications. They needed a metal that was very high-strength and high-hardness, but they also needed it to be economical.

The laboratory is working closely with industry and academic researchers to model new alloy designs, perform computational thermodynamics, and expedite the process to get the materials to soldiers. The technology is still years from adoption, but it could be used not just for battlefield sustainment but also futures systems.

Are You Relying on One of These Top Innovators for Your Procurement Technology?

The Future of Batteries: Smaller and Safer﻿

China Tech Ban May Include Quantum Computing and...