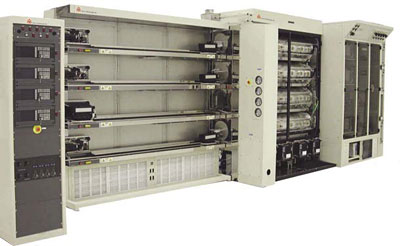 On March 28, 2019, the Company adopted a plan to sell the majority of the Solar segment, including Tempress and SoLayTec.  As a result, the Company is reporting those subsidiaries as discontinued operations beginning with its second quarter results.

Including discontinued operations, the Company had $28.8 million of revenue, gross margin of 24%, and operating loss of $5.3 million for the quarter ended March 31, 2019.

“With the announced plans to divest our solar businesses, we are increasing our effort and focus on our semiconductor and SiC/LED businesses, and future opportunities, which we believe will best position Amtech Group for profitable growth over the long-term,” said J.S. Whang, Executive Chairman and Chief Executive Officer of Amtech.

Despite softening in the semiconductor market, Amtech’s core business continues to see a solid base level of demand, in part due to the strength of the North American market. Planning discussions centered around the increasing demand for more robust power chips, which validates Amtech’s semiconductor and SiC/LED businesses and points toward expansion of the company’s SiC/LED manufacturing capacity.