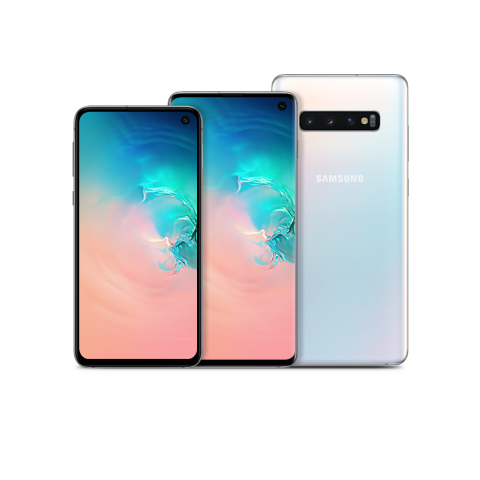 Just as the fervor of the Samsung Galaxy S10 smartphone began to die down, technology enthusiasts had something else to drool over: the new Huawei P30 and P30 Pro smartphones, whose claim to fame is their cameras. The Google Pixel 3, released last fall, is also nothing to sneer at when it comes to photography.

How do these smartphones stack up against one another and, most importantly, what do they tell us about the future of smartphone camera technology?

Of the new models we’re exploring in this article, the Samsung Galaxy S10 series was undoubtedly the most eagerly anticipated and holds undeniable name-brand recognition. But does it live up to the hype?

The S10 uses a 12MP “dual pixel” sensor behind each camera lens, offering a variable f/1.7 or f/2.4 aperture on the main lens and f/2.4 for the telephoto. Both front and back cameras are speedy and consistent, with high dynamic range and brilliant colors. But reviewers say the S10’s low-light photography stands behind the Google Pixel 3, rated best for low-light photography by expert sources.

The most interesting feature on the Galaxy S10 is a 16MP ultra-wide-angle camera, capturing a 123-degree field-of-view, which mirrors the field-of-view of the human eye.

Dubbed “miraculous” by Engadget, the Huawei P30 Pro (and it’s lower-end brother, the P30) stands up easily to the Pixel 3 when it comes to photography capabilities. With four separate lenses (where the Pixel has only 3) the Hauwei P30 offers expanded capabilities. The fourth lens gauges the depth and distance of subjects from the camera, to help with focus and expand the phone’s augmented reality capabilities.

When it comes to resolution, the other smartphones simply don’t hold a candle to the latest models in the Hauwei P series. The P30 Pro boasts a 40-megapixel SuperSpectrum sensor with a low f/1.6 aperture. The other camera is an 8MP telephoto, capable of up to 5X optical zoom. Both have optical image stabilization (OIS).

Now here’s the bad news: The Huawei P30 and P30 Pro are not available in the U.S.

With a 12.2MP main camera with an f/1.8 aperture and a dual-lens, 8MP front camera with f/1.8 and f/2.2 (wide-angle) apertures, the Google Pixel 3 takes photography seriously. The dynamic range and color quality impresses even the pickiest pro and amateur photogs, and colors don’t look oversaturated as they sometimes do with the Samsung Galaxy cameras.

What’s Next in Smartphone Photography?

Advances in AI and machine learning on all three of the hottest smartphones for photography this season bring imagery to the next level. It’s the reason Google’s Pixel 3 has the best low-light photography available ever in a smartphone, using machine learning to capture and merge multiple frames with less noise.

But there’s even more on the horizon, as was revealed at Mobile World Conference (MWC) last month.

Meanwhile, Samsung seeks to create an even more streamlined handset with a completely bezel-less design, using new camera behind-the-display technology. The Infinity-O Display on the S10 is one step closer to Samsung’s predicted “full-screen” look we may see on future models.

Apple supplier AMS had previously revealed the development of a new RGB light and IR proximity sensor IC beneath the OLED to create a bezeless design. It looks like Samsung may now be first-to-market with the technology, though, and Apple has not revealed plans to release a behind-the-screen sensor in future iPhone models.

The race to innovate increasingly high-quality smartphone technology continues, and the real winners are consumers, who are enjoying nearly DSLR-quality images from a device that can fit in their pocket.

The Importance of Warehouse Management Systems for Tracking Growth