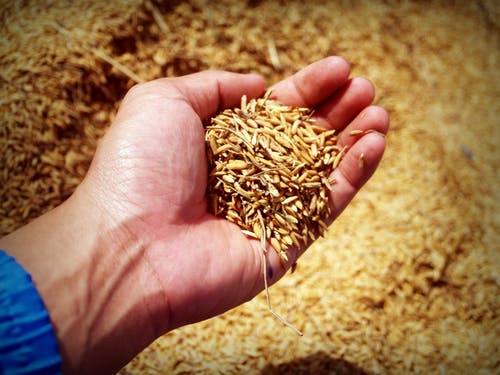 The agricultural supply chain is starting to incorporate blockchain technology to provide the food pedigrees more and more consumers demand. Tracking from farm to table is increasingly common. But food producers increasingly need help in hyper-competitive markets and as the price of everything — land, seed, livestock, inspection fees, transportation, fuel, tariffs, taxes — goes up and farming becomes a zero sum game.

Now, researchers at Penn State are taking steps to address the alarming rate of suicides among indebted farmers in India, by developing a deep-learning algorithm as the first step in a decision-support system that could predict future market values of crops.

More than 11,000 Indian farmers committed suicide in 2016, according to the National Crime Records Bureau. While the high rate of self-inflicted fatalities could be attributed to a number of reasons, financial distress and inability to sell crops due to widespread fluctuation in the country’s produce market prices is among them, according to Amulya Yadav, assistant professor of information sciences and technology and principal investigator on the project.

“In India, the government has set minimum support prices for crops, but does not try to explicitly force these prices upon the buyers,” said Yadav. “The actual price at which the crop sells at market is based on supply and demand.”

Yadav explained that many Indian farmers take out loans to buy seeds, fertilizer and equipment, and to transport their harvest to market. But if the farmers are unable to sell their crops at minimum support prices, they can’t pay back their loans or make a profit to sustain themselves — leading to financial distress.

Government markets will buy crops at the minimum support prices, but these markets are sometimes far away from farmers’ villages, which adds transportation and fuel costs. Yadav also notes that there are often long lines at the markets and that the government will only buy a limited quota.

“So the remaining people will have to go back, and they’ve wasted a lot of money,” he said. “They end up selling their crops to third-party vendors that don’t guarantee minimum support prices, and [the farmers] don’t make a profit.”

“This system assumes that you’re trying to maximize the profit of a single farmer,” said Yadav. “We’re trying to make a prediction to him or her as to where and when they should sell their crop.”

He continued, “Instead of selling their crops on the very next day after harvest in the local market, this algorithm could potentially give a recommendation that they should wait five days and travel 40 kilometers to a different market, where the prices are predicted to be very high.”

To create the algorithm, Yadav and his team analyzed data records of more than 1,300 Indian markets from the past 11 years, which included maximum and minimum prices of every crop sold in each market. Then, they developed a deep learning model to find useful patterns from that data. The team’s studies show that their model performs better than the current standard.

“This gives us hope that we are now going to go ahead and try to build the entire system that we envision,” said Yadav. “Once the system gets built, we are hopeful that it can help farmers maximize the profits that they earn. And hopefully as an indirect benefit lead to fewer farmer suicides in India and in other countries around the world.”

Yadav worked with Alexander Woodruff, 2019 graduate of Penn State in information sciences and technology, and Hangzhi Guo, an undergraduate student at Wenzhou Kean University. They presented their research at the Association for the Advancement of Artificial Intelligence Conference on AI earlier this month.