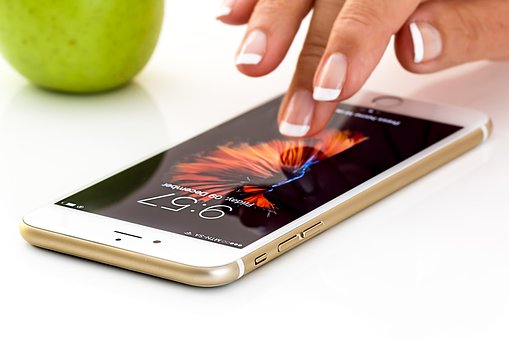 The latest analysis of the panel market by WitsView, a division of TrendForce, finds that low prices and technological maturation have substantially widened the adoption of LTPS panels among smartphone makers. The share of devices featuring LTPS panels in the global smartphone market is projected to grow from 37.6% in 2018 to 41.6% in 2019. However, panel suppliers have ended large-scale expansions of their production capacity for LTPS panels since they are gradually shifting their technological focus for smartphone displays to AMOLED. On the whole, 2019 is expected to be a year during which the market for LTPS panels will be at its healthiest state in terms of supply and demand.

Boyce Fan, the research director of WitsView, pointed out that the activation of the new Gen-6 LTPS lines in China has expanded the total production capacity and ratcheted up the price competition among suppliers. Furthermore, panel suppliers have steadily improved their LTPS manufacturing processes and generally attained a decent level of technical maturity. Hence, smartphone makers are now more receptive to the adoption of the LTPS technology, which is also seeing a rapid increase in its market visibility.

On the other hand, the price decline for LTPS panels is easing due to new trends in smartphone design and panel manufacturing. “The screen of devices has become larger because the full-screen design is now the market mainstream,” said Fan. “At the same time, the notch cut-out and the use of the COF (chip-on-film) package for driver ICs have made panel fabrication more challenging and increased the amount of waste glass during the process. These observations imply that the area of glass needed for producing smartphone panels has expanded in order compensate for the lower yield rate, and this in turn is pushing the LTPS market toward a more stable supply-demand balance.”

Panel suppliers have steadily shifted their focus to AMOLED in their development of smartphone panels, and they are now aggressively boosting their production capacity for the technology. The total production capacity for AMOLED panels is expected to keep growing over the next few years, raising the chance of oversupply. Conversely, the growth in the total production capacity for LTPS panels has tapered off. Because prices of LTPS panels are now relatively low, there is a greater potential for raising the consumption of the LTPS capacity as smartphone makers look for ways to upgrade the hardware specifications of their devices. Moreover, LTPS is gradually making inroads in other applications as well, such as in-vehicle displays and notebook displays. WitsView therefore believes that the market for LTPS panels will move away from oversupply and reach a healthy equilibrium in the short term.

WitsView also states that the prospect of the LTPS technology maintaining its market leadership during the next several years will hinge on the progress that the Chinese panel suppliers have made in advancing their AMOLED technology. Chinese panel suppliers are currently ramping up production on their new AMOLED lines, and WitsView expects that the supply pressure on the AMOLED market will build up to a very high level in 2020. Some of the new production lines in China will also have been in operation for more than a year in 2020. The capacity growth, together with anticipated improvements in the cost and technical aspects of the manufacturing process, will probably make AMOLED more of a threat to the market share of LTPS by that time.

The competition between LTPS and AMOLED in the mid-to-high range of the smartphone market has been especially fierce and will intensify in the future. When AMOLED edges out LTPS and becomes mainstream in the mid-to-high range segment, then the market for the latter technology will again face oversupply. To mitigate the effect of this anticipated scenario, suppliers of LTPS panels will be concentrating their promotional efforts in the lower rungs the smartphone market. This move will accelerate the decline in market share for the a-Si technology in the lower-end segments. Suppliers of LTPS panels can also adjust their product mixes to give more weight to applications other than smartphone displays. In sum, targeting the lower-end segments of the smartphone market and developing products for other applications are likely going to be the main components of a strategy to lessen the market impact from the maturation of the AMOLED technology.