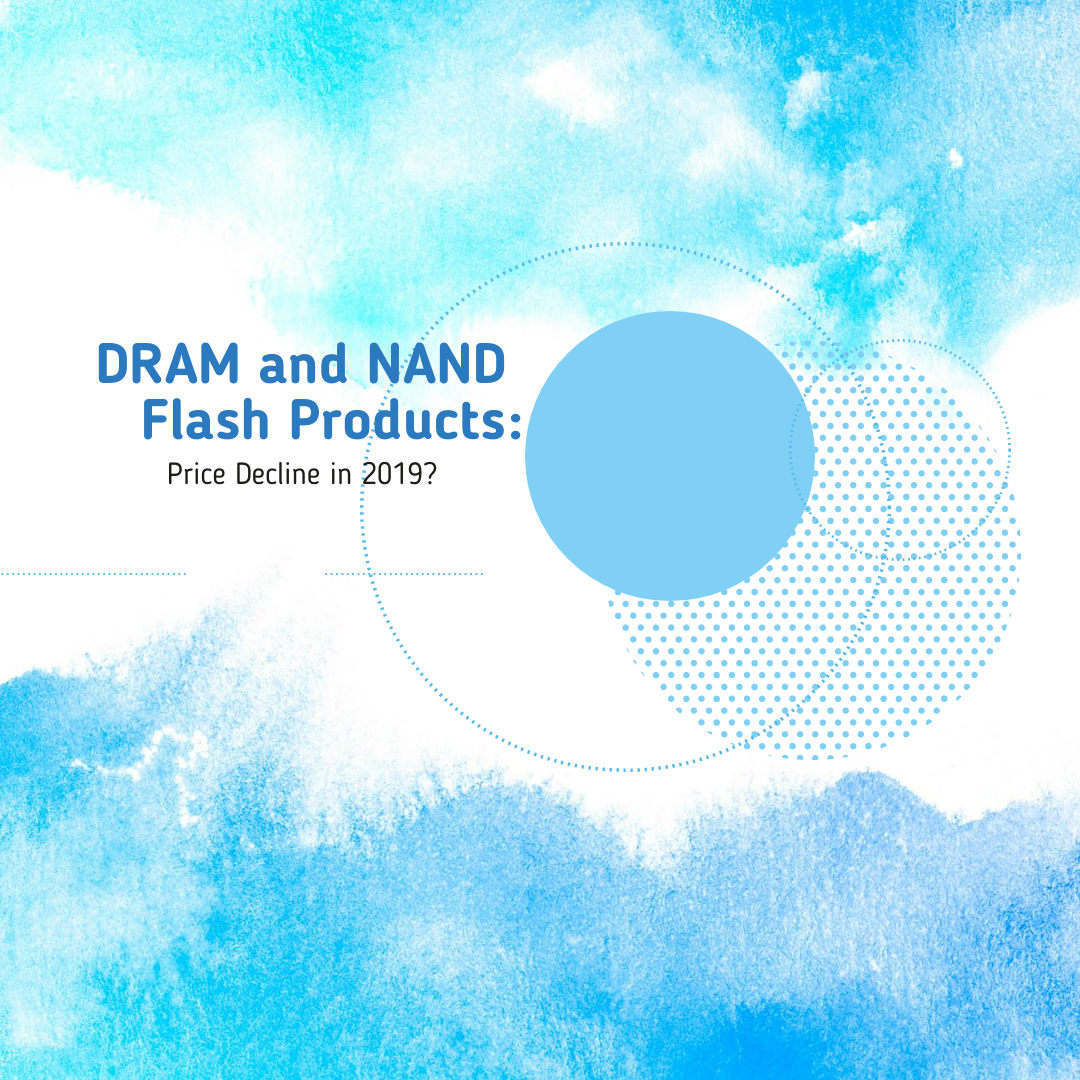 DRAM and NAND Flash Products to See Price Decline in 4Q18 and 2019 due to Gap Between Supply and Demand, Says TrendForce

According to DRAMeXchange, a division of TrendForce, DRAM products have begun to see a weak price trend, showing only a 1~2% QoQ hike in contract prices for 3Q18 due to the continued oversupply, despite the coming of holiday sales season. DRAMeXchange expects the quotations of DRAM products to decline by 5% or more QoQ in 4Q18, terminating the super cycle of price growth for nine consecutive quarters. NAND Flash experienced a price drop of around 10% in 3Q18 and expects a steeper drop of 10~15% in the fourth quarter, considering the impacts of trade war. Contract prices of 3D TLC NAND Flash chips in the channel market may even drop by more than 15% in 4Q18.

DRAMeXchange says that the main reasons behind the falling demand for DRAM are at various levels.

Considering the supply situation in 2018, DRAM manufacturers all expect a high possibility of oversupply in 2019. Therefore, they have tried to postpone or the capital expenditure and capacity expansion. The bit output has been increasing in Q3 and Q4 this year thanks to the increased share of products on the 1X/1Y nm processes and raised yield rate of the technology. Particularly, server DRAM products show the highest increase in output, of which the 1Gb solutions are the most profitable among other applications. Therefore, the server DRAM segment would highly likely see a weak price trend in the coming quarters, lowering the ASP of DRAM as a whole.

For 2019, DRAMeXchange expects the annual bit output to increase by nearly 22%, with the 1X/1Y processes going mature and the wafer starts increasing, although manufacturers have become more conservative in capacity expansion. However, the trend of DRAM prices will depend on the growth momentum in the demand side, especially server shipments and average content per box. Currently, DRAMeXchange expects the DRAM prices to drop by around 15~20% in 2019, but the price decline may be steeper if the demand for servers and smartphones weakens.

NAND Flash market is also influenced by the sluggish demand for consumer electronics, while demand for the more profitable Enterprise SSD from servers and data centers remains stable. However, the competition among Enterprise SSD suppliers will become increasingly fierce; hence the prices of Enterprise SSD are very likely to continue decreasing in 2019. On the supply side, NAND Flash suppliers have raised their output forecasts as they have expanded their production capacity and improved the yield rates of their 64/72-layer 3D NAND production.

DRAMeXchange now anticipates continuing price decline during the traditional slow season of 1H19. Because of the seasonal headwinds, shipment forecasts for smartphones, notebooks tablets are fairly conservative for the first half of next year, together with the following-up impacts of China-US trade war. The gap between supply and demand may be moderated if the NAND Flash manufacturers postpone their capacity expansion and transition to 96-layer 3D NAND devices. By 4Q19, the overall production capacity of NAND Flash is expected to grow by 5% YoY, of which the capacity of 3D NAND production would increase significantly by 20% YoY. Hence, for the NAND Flash manufacturers’ capital expenditure, DRAMeXchange now expects further downward revision for their spending plans for 2019.

What is a Logistics Manager?