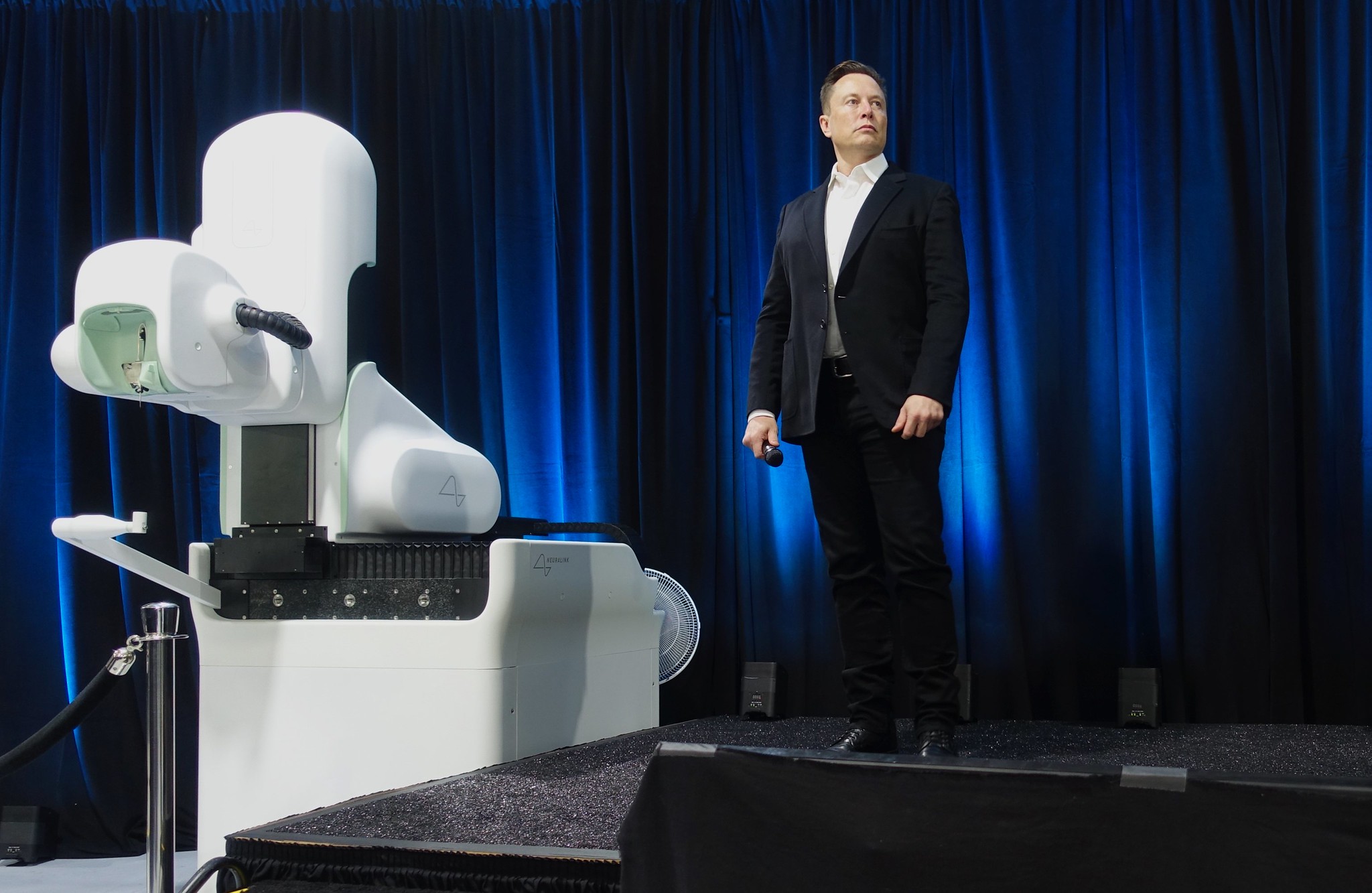 Amidst much anticipation, Tesla and SpaceX CEO Elon Musk presented a live demonstration of NeuraLink technology.  Neuralink launched in 2016 with the goal of creating implantable brain-machine interfaces.

Such technology could ultimately help humans obtain symbiosis with Artificial Intelligence (AI) but, could have many practical applications even before it reaches that level.

Neuralink implants, theoretically, could allow people to control their smartphones, IoT devices, and computers just by thinking about it – bypassing clumsy and imperfect interfaces such as voice or text.

In the future, such a device could likely help individuals affected by:

On August 28, 2020, Neuralink showcased a working prototype, called “the Link” on a live broadcast, which garnered more than 2 million viewers.

The Link measures no larger than a large coin with up to 1,024 tiny filaments measuring no larger than 5 microns wide (about 1/3 thinner than a human hair) that connect to the brain about an inch deep.

The surgery performed to implant the device, ultimately, would be conducted by a super-robot. Musk predicted that surgery could take less than an hour as an outpatient procedure, with no general anesthesia required.

The device would be invisible under a person’s hair, Musk said during the presentation. He joked, “I could have a Neuralink right now and you wouldn’t know it. Maybe I do.”

Like a smartwatch, phone, or wearable fitness tracker, the device would contain sensors for inertial measurement, temperature, and pressure, enabling it to offer the user predictions or warnings about their health, including an impending stroke or heart damage. During the conference, Musk described the Link as being “like a Fitbit in your skull.”

This Little Pig Is a Super-Pig

Gertrude proved to be a spirited – and somewhat stubborn – animal, opting to hide in the back of her pen for a bit when the cameras turned to her. Ultimately, Musk coaxed her out to demonstrate the Link in action. The device picked up and transmitted brain activity in the form of electronic beeping sounds as Gertrude’s snout reacted to stimulus.

Additional video demos showed a Link predicting joint positions of a pig running on a treadmill by reading the neuron transmissions.

Human Trials on the Horizon

Gertrude stands as proof-of-concept that Neuralink can be safe, invisible, and non-intrusive for living beings. Musk stated that the Link has already received FDA breakthrough designation. Musk said that he hopes to be able to begin human trials as early as next year.

But his goal for the presentation was not to generate excitement for the technology so much as to recruit talent to the Neuralink team.  “The main purpose [of this demo] is to convince great people to come work at Neuralink and help us bring the product to fruition, make it affordable and reliable, such that anyone who wants one can have one.”