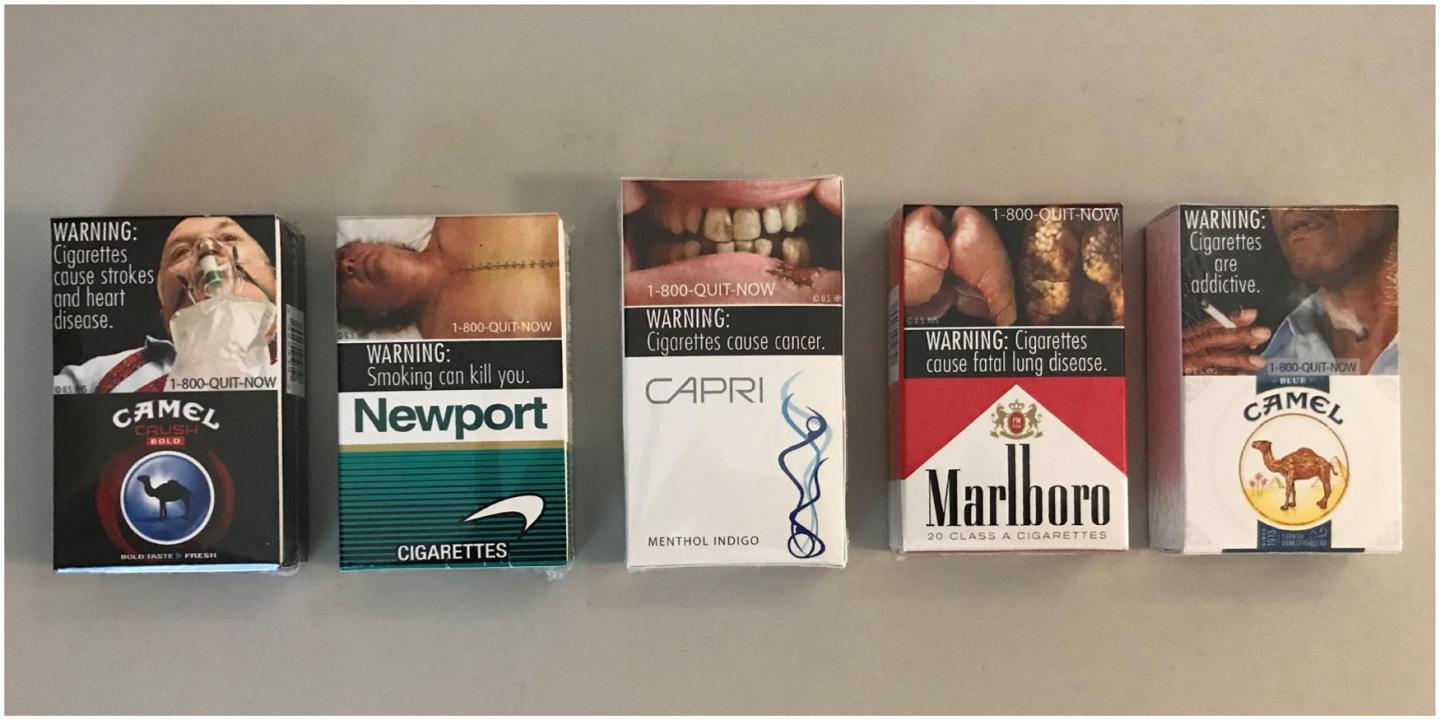 Although more than 100 countries mandate graphic health warning labels on cigarette packages, they probably won’t appear on U.S. packaging till 2020, when the U.S. FDA proposes its final recommendations. The graphic labels include photos of diseased and damaged organs and smokers debilitated by or dying from smoking-related illnesses.

A new RAND Corporation study was conducted in a one-of-a-kind laboratory that replicates a convenience store. About 300 adult smokers—most of whom said they regularly purchased tobacco at convenience stores—visited the RAND StoreLab. Half the shoppers were exposed to cigarettes with graphic health warning labels, including packages displaying words that said “Cigarettes cause strokes and heart disease” accompanied by an unpleasant image of a person using a non-rebreather mask and words that said “Cigarettes cause fatal lung disease” along with detailed images of a diseased lung.

The other half of adult visitors to the convenience store lab shopped under conditions where the cigarette packages on display showed typical words-only warnings like “Smoking causes lung cancer, heart disease, emphysema, and may complicate pregnancy” and “Cigarette smoke contains carbon monoxide.”

“Less-dependent smokers, who often are light or intermittent smokers, are a large and growing segment of tobacco users,” said William G. Shadel, lead author of the study and a senior behavioral scientist at nonprofit research organization RAND. “The graphic warning labels may by one way to prevent this group, which includes a lot of younger people, from becoming long-term users of cigarettes.”

The study showed smokers with lower nicotine dependence were less likely to purchase cigarettes when graphic health warnings were present, while the graphic labels had no effect on smokers with a heavy nicotine dependence, who continued to purchase at close to the same rate with or without the graphic warning labels. The findings are published in the journal Health Education Research.

Supply Chain by the Numbers – April 2019