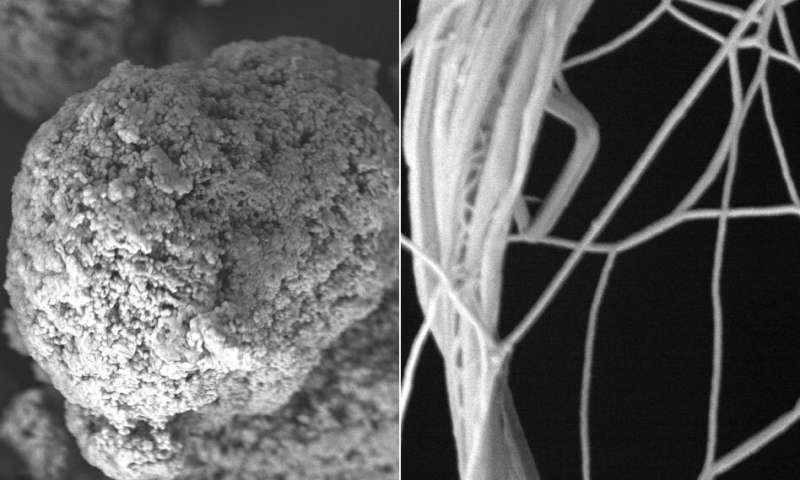 New Polymer Could Work Better than Metal to Cool Electronics

What if engineers could replace heat-dispersing metal with a lightweight, flexible, and corrosion resistant polymer to cool electronic devices like smartphones, laptops, refrigerators, and even motor vehicles?

MIT engineers have developed an ultrathin polymer that can do exactly that.

In 2010, the team reported success in fabricating thin fibers of polyethylene that were 300 times more thermally conductive than normal polyethylene, and about as conductive as most metals. But for polymer conductors to work in modern technology applications, the materials would have to be scaled up from ultrathin fibers to more manageable films.

Xu and her colleagues looked for ways to untangle polyethylene’s molecular knots, forming parallel chains that conduct heat. They dissolved polyethylene powder in a solution that prompted the coiled chains to expand and untangle. A custom-built flow system further untangled the molecular chains and spit the solution onto a liquid-nitrogen-cooled plate to form a thick film, which was then placed on a roll-to-roll drawing machine that heated and stretched the film until it was thinner than plastic wrap.

The team then built an apparatus to test the film’s heat conduction. While most polymers conduct heat at around 0.1 to 0.5 watts per meter per kelvin, Xu found the new polyethylene film measured around 60 watts per meter per kelvin. The team’s film is two orders of magnitude more thermally conductive than most polymers, and also more conductive than steel and ceramics.