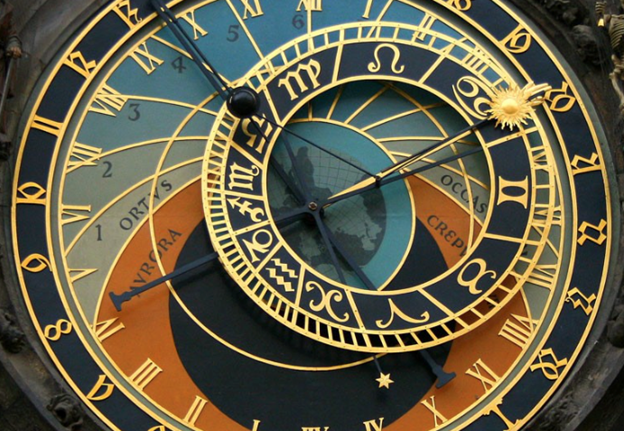 If you’ve ever been sightseeing in Prague, Czech Republic, you’ve likely stood in the square outside the Old Town Hall in awe of the Atomic Clock first used in 1410 and still in operation. A quantum clock is also an atomic clock that features laser-cooled single ions confined in an electromagnetic ion trap. Built in 2010, this clock claims to be 37x more precise than the existing international standard.

Working in collaboration with and partly funded by the UK’s Defense Science and Technology Laboratory (Dstl), quantum physicists devised new approaches to reduce the size of their quantum clock and make it robust enough to be transported out of the laboratory and used in the ‘real world.’

Atomic clocks keep time by keeping tabs on the quantum information contained in atoms inside the clock. That information can be transferred between clocks without being translated into numbers first, eliminating uncertainties with measuring and converting quantum data into classical information.

Quantum clocks are essential for increasingly precise approaches to online communications, navigation systems, or global trading in stocks. Atomic clocks with optical clock frequencies can be 10,000x more accurate than their microwave counterparts, opening up the possibility of redefining the standard (SI) unit of measurement.

Key barriers to deploying them are size – current models come in a van or a car trailer and are about 1500 liters.

The Birmingham team devised a solution that addresses the challenges in a package that is a ‘box’ of about 120 liters that weighs less than 75 kg. The work is published in Quantum Science and Technology.

The clocks use lasers to produce and measure quantum oscillations in atoms. These oscillations can be measured highly accurately, and, from the frequency, it is also possible to measure the time. A challenge is minimizing the outside influences on the measurements, such as mechanical vibrations and electromagnetic interference. To do that, the measurements must take place within a vacuum and with minimal external interference.