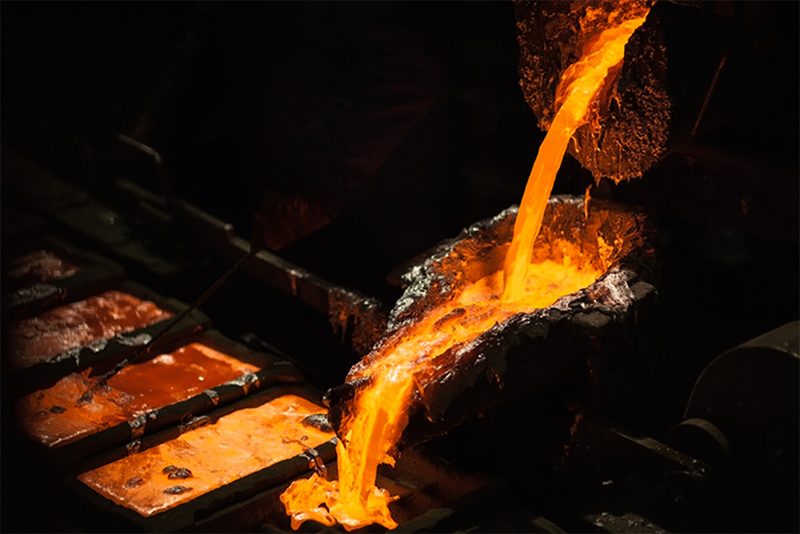 Paving the Way for Stronger Alloys

In alloy research that is breaking new ground, University of Birmingham scientists described how microscopic crystals grow and change shape in molten metals, paving the way for improving the tensile strength of alloys used in casting and welding. Published in Acta Materialia, they used high-speed synchrotron X-ray tomography to ‘photograph’ the changing crystal structures in molten alloys as they cool.

The study shows that as an aluminum-copper alloy cools, the solidification process starts with faceted dendrites, formed by a layer-by-layer stacking of basic units that are just micrometers in size. As they cool, they change shape and transform into a U shape and, finally, a hollowed-out cube, and some of them stacked together to form beautiful dendrites.

The technology is the subject of a patent application filed by the University of Birmingham Enterprise. It has also attracted funding from the Midlands Innovation Commercialization of Research Accelerator and the EPSRC-Impact Acceleration Account, which has enabled Biao to build a large-scale prototype that runs to 1000oC and uses a 1 Tesla magnet.

They’re currently testing the prototype using ingots provided by the Tandom Metallurgical Group, which operates an international trading operation from its base in Congleton, Cheshire, where they produce aluminum alloys, master alloys, and recycle aluminum products, scraps, and drosses.