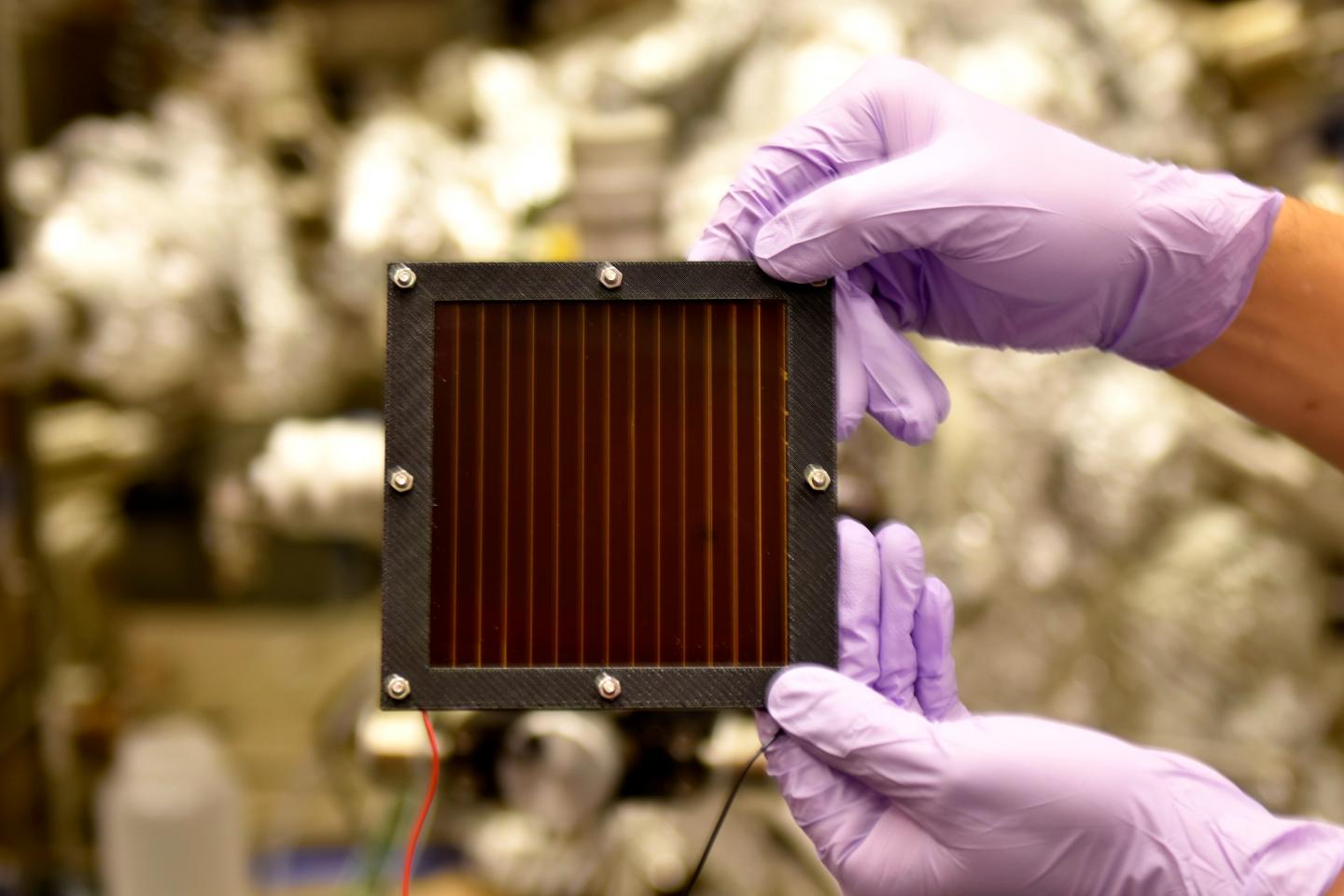 A protective layer of epoxy resin helps prevent the leakage of pollutants from perovskite solar cells (PSCs), say scientists from the Okinawa Institute of Science and Technology Graduate University (OIST). By adding a “self-healing” polymer to the top of a PSC they were able to radically reduce how much lead it discharges into the environment, giving a strong boost to prospects for commercializing the technology.

With atmospheric carbon dioxide levels reaching their highest recorded levels in history, and extreme weather events continuing to rise in number, the world is moving away from legacy energy systems relying on fossil fuels towards renewables such as solar. Perovskite solar technology is promising, but one key challenge to commercialization is that it may release pollutants such as lead into the environment — especially under extreme weather conditions.

“Although PSCs are efficient at converting sunlight into electricity at an affordable cost, the fact that they contain lead raises considerable environmental concern,” said Professor Yabing Qi, head of the Energy Materials and Surface Sciences Unit, who led the study.

“While so-called ‘lead-free’ technology is worth exploring, it has not yet achieved efficiency and stability comparable to lead-based approaches. Finding ways of using lead in PSCs while keeping it from leaking into the environment, therefore, is a crucial step for commercialization.”

Qi’s team first explored encapsulation methods for adding protective layers to PSCs to understand which materials might best prevent the leakage of lead. They exposed cells encapsulated with different materials to many conditions designed to simulate the sorts of weather to which the cells would be exposed in reality. 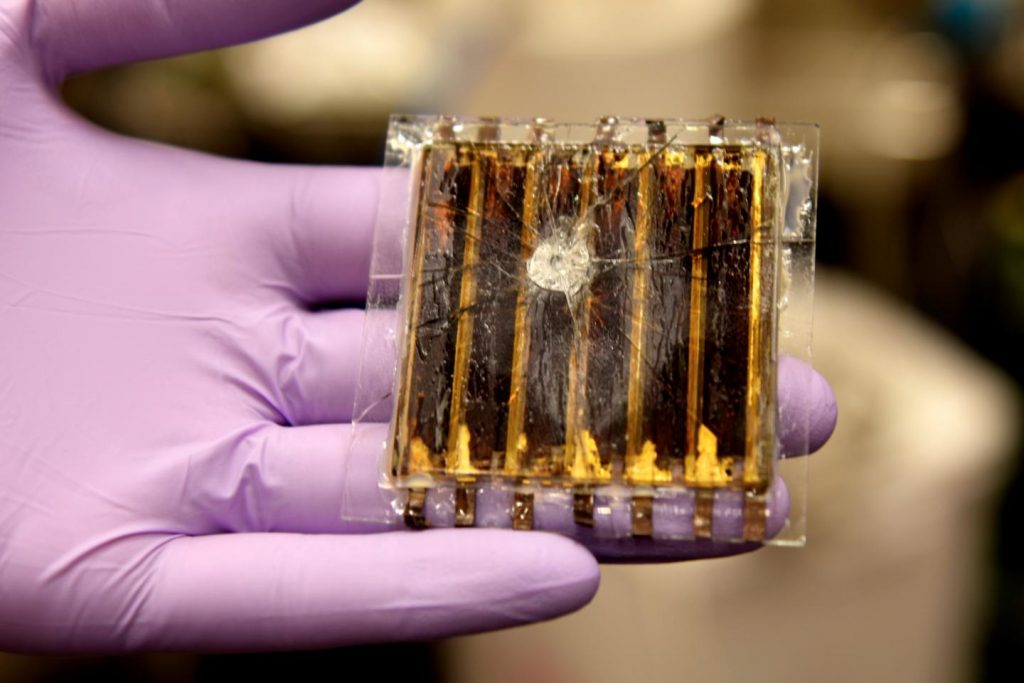 Researchers exposed the solar cells to brutal conditions to simulate worst-case weather scenarios. Adding a self-healing epoxy resin polymer to the cell minimized the leakage of lead from the cell. (Image Credit: OIST)

They wanted to test the solar cells in a worst-case weather scenario, to understand the maximum lead leakage that could occur. First, they smashed the solar cells using a large ball, mimicking extreme hail that could break down their structure and allow lead to be leaked. Next, they doused the cells with acidic water, to simulate the rainwater that would transport leaked lead into the environment.

Using mass spectroscopy, the team analyzed the acidic rain to determine how much lead leaked from the cells. They found that an epoxy resin layer provided minimal lead leakage — orders of magnitude lower than the other materials.

Epoxy resin also performed best under a number of weather conditions in which sunlight, rainwater and temperature were altered to simulate the environments in which PSCs must operate. In all scenarios, including extreme rain, epoxy resin outperformed rival encapsulation materials.

Epoxy resin worked so well due to its “self-healing” properties. After its structure is damaged by hail, for example, the polymer partially reforms its original shape when heated by sunlight. This limits the amount of lead that leaks from inside the cell. This self-healing property could make epoxy resin the encapsulation layer of choice for future photovoltaic products.

“Epoxy resin is certainly a strong candidate, yet other self-healing polymers maybe even better,” said Qi. “At this stage, we are pleased to be promoting photovoltaic industry standards, and bringing the safety of this technology into the discussion. Next, we can build on this data to confirm which is truly the best polymer.”

Beyond lead leakage, another challenge will be to scale up perovskite solar cells into perovskite solar panels. While cells are just a few centimeters long, panels can span a few meters and will be more relevant to potential consumers.

The team will also direct their attention to the long-standing challenge of renewable energy storage.

Why Are Supply Chain Costs Rising?

How Six Sigma Can Change the Way You Work