Rare earth elements are not necessarily rare but are precious and difficult and expensive to mine and separate. Essential to many emerging technologies, they are often classified by the U.S. government as being critical to national security. They are also important to such industry segments as clean energy, electronics, and medicine.

domestic production of rare earth minerals. Trump wanted to further reduce American dependence on China. In retrospect, he had good reason when we look at the historical timeline of rare earth elements.

Globally, the top three REE producers globally (2020) are China with mine production of 140,000 MT, the U.S., producing 38,000 MT, and Myanmar producing 30,000 MT. China controls nearly all the world’s processing facilities. 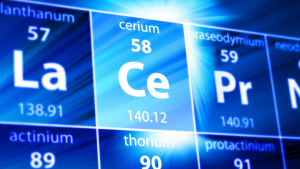 It isn’t just cars and phones. REEs are found in more than 200 products across such applications as cellular phones, computer hard drives, electric and hybrid vehicles, flatscreen monitors and televisions and clean energy, as well as such defense apps as electronic displays, guidance systems, lasers, and radar and sonar systems.

In a new study, scientists at Argonne National Laboratory highlighted the effects of supply disruptions such as mine shutdowns. Disruptive events also include natural disasters, labor disputes, construction delays and, of course, a pandemic. In the study, published in the journal Resources, Conservation and Recycling, Argonne researchers analyzed the potential effects of three supply disruption scenarios on ten rare earth elements. To conduct the analysis, they used Argonne’s Global Critical Materials (GCMat) tool, which forecasts rare earth market dynamics by modeling decisions that individual mining projects, producers, and consumers might make.

The study found that the largest price increases in response to disruptions occurred for dysprosium oxide, used in permanent magnets, specialty alloys, and other applications. Didymium oxide, a mixture of neodymium and praseodymium, was also found to be prone to price surges.

The study also suggests supply disruptions may foster earlier and more REE mine starts outside of China, but the challenge is sustainability post disruption. Price and associated market responses such as production, capacity, and demand tended to extend beyond the disruption period. Such market impacts in the magnet supply chain could affect the costs and availability of emerging clean energy technology applications such as electric vehicles and wind turbines. 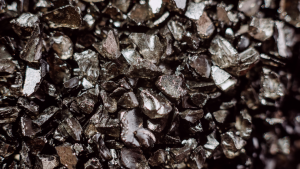 Analysis found that for the temporary scenarios of a one-year export stoppage and a two-year mine shutdown, price impact may extend years beyond the disruption period, as could production, capacity and demand potentially last longer. Most important, the results suggest that some mines that started up outside of China in response to a disruption would most likely not be able to continue operations after primary supplies are recovered—which sounds like a repeat of the history earlier noted.

We can find similarities between the recent semiconductor shortages that disrupted global supply chains and potential rare-earth shortages. A shortage of rare earth magnets will seriously disrupt wind turbine and electric vehicle battery manufacturers. Even short-term export bans or mine shutdowns will impact prices, demand, production, and capacity, potentially years beyond the actual disruption.

What is different between shortages in semiconductors and rare earth elements is that setting up mining and processing for rare earth is a much larger problem in time, potential benefit, and long-term potential success. That doesn’t mean that it isn’t on the drawing board. The industry has also been working to diversify its supply chains. Mountain Pass, for example, is working on domestic separation and processing capacities to produce high-purity rare earth oxides and USA Rare Earth is developing a mine in Texas and setting up processing and magnet making. Two North American companies are building a U.S./Europe rare earth supply chain announced earlier this year. Unfortunately, evidence exists that they have ties to China.