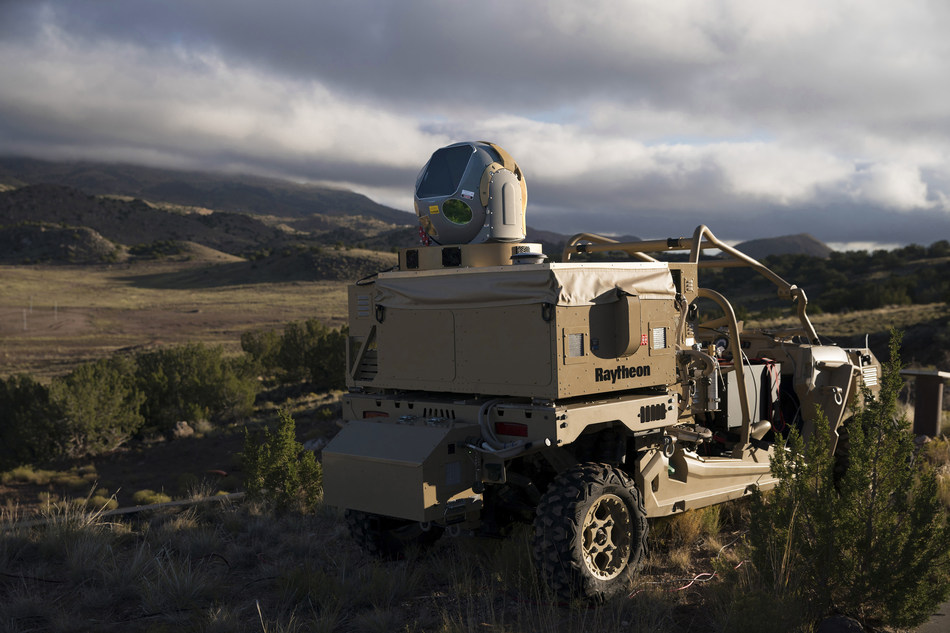 On December 19, 2018, London’s Gatwick Airport shut down after a drone sighting that may have been specifically calculated to disrupt flights. The cost to the airport and affected airlines was estimated at more than $30 million with 140,000 passengers’ flights disrupted. To prevent further drone disruptions, both Gatwick and Heathrow ordered millions of dollars of military-grade anti-drone technology shortly after the attacks. And both Canada and the U.K. are looking at legislating more severe drone regulations to avoid incidents of malice or terrorism made possible by drones.

“Every day, there’s another story about a rogue drone incident,” said Stefan Baur, vice president of Raytheon Electronic Warfare Systems. “These threats aren’t going away, and in many instances, shooting them with a high energy laser weapon system is the most effective and safest way to bring them down.”

The contract follows successful demonstrations of Raytheon’s directed energy systems for the Air Force and the U.S. Army.