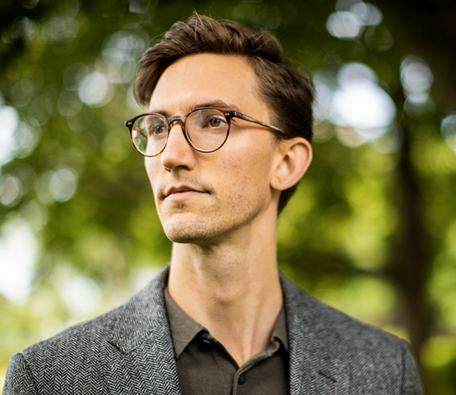 PhD candidate Martin Nisser wants to bring down the cost of space travel for the average citizen and his work on self-assembling robots could be key to reducing ticket costs. An inventor at heart with a love of math and physics, Nisser translated that love into robotics. His thesis involved building robots that could fold to assemble themselves. He used layers of smart materials that can be programmed to changed their shape under different temperature conditions. This allowed for the programming of 2D multilayer sheets to fold in particular ways in order to acquire targeted 3D configurations.

Today, his interest is in exploring how robots can be automatically fabricated using both top-down processes like 3D printing and bottom-up processes like self-assembly.

Now a PhD student in the HCI Engineering Group at MIT’s Computer Science and Artificial Intelligence Laboratory, Nisser partnered with the MIT Space Exploration Initiative, studying self-assembly in space. His team is developing a new kind of 3D printing technique adapted to the space environment, allowing them to create novel structures without the constraints of gravity. He recently tested his work on a parabolic flight, which allowed him to experience weightlessness for several intervals of 20 seconds. The project will be launched to the International Space Station with SpaceX for a 30-day science mission.

Nisser is now constructing LaserFactory, an add-on device for only $150 that connects to laser cutters and produces custom-designed devices ranging from electronic wearables to functional drones. In his words, “By distributing fabrication via inexpensive printers or self-assembling hardware that remove the need for engineering expertise, we create an opportunity for people to share and create things physically. And that’s good for everyone.”

Semiconductor Shortage—When your chips are down