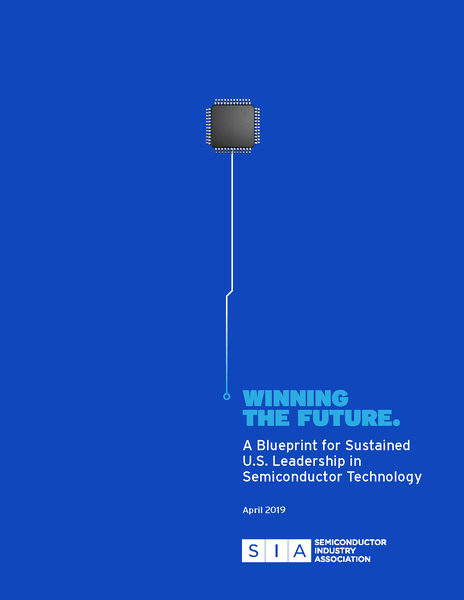 First, semiconductor technology advancements are pushing against barriers of physics, and breakthroughs to move beyond these limits require greater investment in research.

Second, while the U.S. semiconductor industry leads the world with nearly half of global market share, overseas governments such as China’s are seeking to challenge U.S. leadership by making significant investments to achieve breakthroughs in semiconductor technology, artificial intelligence, and quantum computing.

Research: Winning the Future calls for tripling federal investments in semiconductor-specific research over the next five years from approximately $1.5 billion to $5 billion annually and doubling federal funding for semiconductor-related research in fields such as materials science, computer science, engineering, and applied mathematics across federal scientific agencies.

Workforce: The blueprint calls for removing caps on green cards for qualified STEM graduates to meet short-term demand for talent. The report also urges increasing federal funding for STEM education by 50 percent over the next five years from more than $1 billion to over $1.5 billion annually.

Trade and IP Protection: The blueprint urges approval of free trade agreements, including the United States-Mexico-Canada Agreement. It also calls for increased resources for law enforcement and intelligence agencies to prevent and prosecute semiconductor IP theft.

COSMOPlat Digitally Integrates the Supply Chain, Illuminates the Future of the Industrial Internet