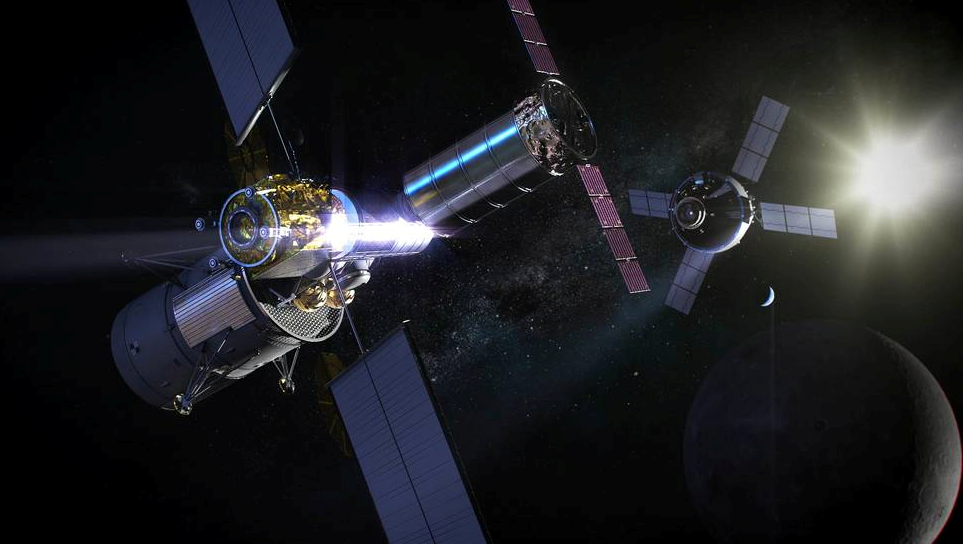 Moving beyond the space station concept, where astronauts have spent up to a year living in space, the next phase for NASA is a return to the moon and eventually to Mars. To be successful in both endeavors will require a rewrite of logistics, material handling and storage.

According to NASA, the Gateway will be a spaceship used for three-to-six-month operations for astronauts and equipment. In 2018, the agency delivered a Request for Information to aerospace companies covering potential logistics processes that will be involved in transport to Gateway, 250,000 from earth. This year, Request for Proposals dealing with un-pressurized/pressurized cargo, experiments and supplies were disseminated to U.S. companies.

A total of $7 billion is earmarked for 15-year partnerships for collaboration covering at least two missions. An example of one contract is that awarded to Maxar Technologies to innovate a power and propulsion element and communications for use on Gateway by 2022.

Using partnerships instead of going it alone is just one step in deep-space commercialization and of course, it makes sense. Whereas NASA has used SpaceX, for example, for years, early launches were not always as successful as more recent ones. The elephant in free-floating space, therefore, must be the risk of launch failures and the resulting loss of cargo given the distance and the use of new partners, especially given the fairly short time to expeditions. The moon segment is slated for 2024. There has to be a huge potential for major financial and resource risk. Although SpaceX has a 94% launch success rate for the Falcon 9, what will be the expected learning curve for the Gateway program?

A few things that NASA has learned in the process to date include using sufficient redundancy in vehicles and critical parts.

There is a NASA-funded MIT Space Logistics Project that is involved in interplanetary supply chain management and logistics architecture. The goal is the development of a comprehensive supply-chain management framework and planning capability for space logistics. The project uses experience gathered in remote and harsh environments on earth for the purpose of establishing transportation tradeoffs in transportation modes, specifically looking at where these existing transportation modes will break down when used in space. Another aspect of the project is to establish cargo logistics using pre-deployment, carry-along with crew and scheduled resupply. Storage, product lifetimes and consumption rates are also being modeled as are Space Shuttle and International Space Station Models and how existing ones will translate in this next phase. In all cases, at the heart of each aspect of the project is reliability.

It is expected that space-based operations will necessitate the largest supply-chain network to date centered on the lowest operational cost/risk possible. The RFPs were due in October of this year. Not only will the ISS be supported by upcoming innovation and a deep-space supply chain, the 1,000 sq. ft. Gateway or Habitation and Logistics Outpost (HALO), scheduled to launch in 2023, will house tools and supplies for the space station and for the lunar expedition slated for 2024. The effort will rely on storage, packing, tracking and robotics technologies, as well as 3D printing, voice recognition, recycling and lighting for sustainability.

Taking low-orbit and terrestrial lessons well beyond their experience to date will be a fascinating journey. NASA is amazingly adept at pulling off these challenges and, as the supply chain grows, the hope is that the supply-chain lessons learned along the way will be beneficial here, as well as in deep space.