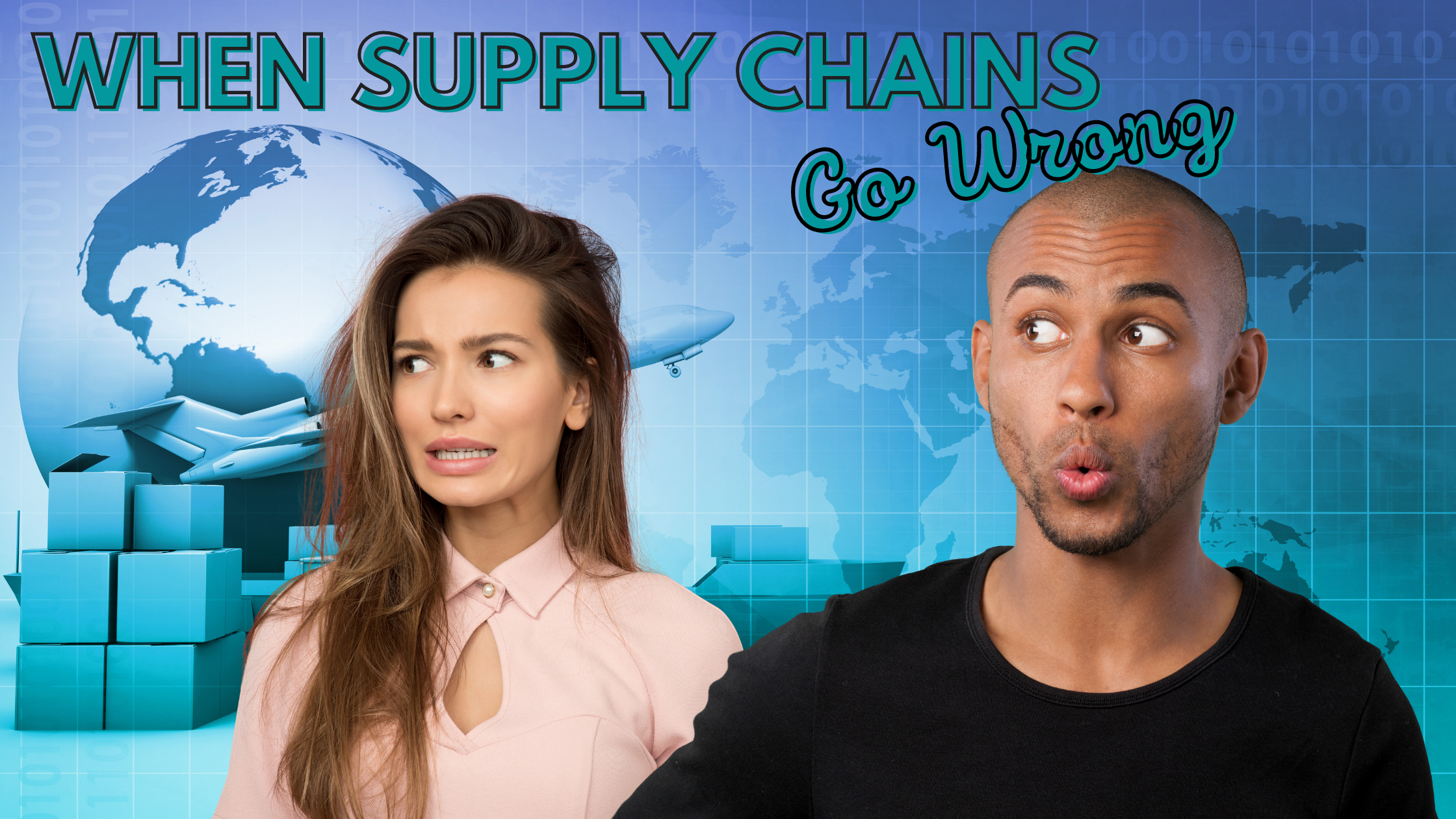 Supply chains should be resilient. The reality, however, is that many can be sent into a dangerous tailspin at the slightest provocation. A tailspin that can be difficult to recover. We’ve seen examples of both resilience and tailspins throughout history, caused by natural disasters, wars, trade policies and politics, pandemics, and even former late-night TV host, Johnny Carson.

As climate change continues, dangerous storms will occur more often and wreak more damage. While these storms may be regional, their reach extends far beyond the local, sending ripples through supply chains nationwide and possibly throughout the global market. Raw materials, components, and consumer goods could be put on hold as communities recover from the disaster, and recovery can take many years.

In 2011, Japan’s earthquake and tsunami cost the country an estimated $210 billion and affected supply chains globally. Electronics and auto manufacturing facilities were flooded, and in some cases, destroyed. Companies were left without parts, worldwide production tanked, and multiple economies suffered.

The magnitude 9.0 quake that lasted approximately three minutes (170 seconds), shook global auto manufacturers for much longer. The 30,000 parts required to assemble one car were now subject to substantial changes in production and sourcing. Japanese firms, for the most part, did not increase inventories, but other countries did. More parts, however, became standardized as a result of the quake. Back-up production equipment was now also stored at supplier plants. And prospective suppliers were often required to include alternative sourcing capabilities for new-model parts. The key for those who recovered quickly was the ability to transfer production to other lines.

The reality as well as the threat of war sends shock waves through high-tech supply chains.

In 1941 when the United States entered World War II, supply chain management was already established. In fact, historians often attribute America’s success during the war to logistics rather than strategy. Supply chains were rapidly constructed to move military materials and equipment to Allied forces quickly and allies combined their factory output. Between 1942 and 1944, the U.S. shipped more than 17 million tons of cargo to the U.K. Japan was dependent on imports across the Pacific and it rapidly saw its supply chain disrupted. Allies sunk only 214 Japanese naval ships but sank more than 1,000 Japanese merchant ships—stopping the much-needed supplies.

During the U.S.-Iraq conflict, less than 10% of the participants in a poll by EBN online indicated that their companies were not postponing spending plans during the conflict. The majority of respondents’ companies, however, did hold off on orders, product launches, and capital spending projects.

The 9/11 terrorist attacks grounded airplanes and ports of entry security was heightened dramatically, all of which affected supply chains.

Currently, we can see potential disruptions in North Korea. Should they attack South Korea, it would rapidly impact electronics industry supply chains—which is why relationships with the North are constantly a concern.

Before the pandemic, global supply chains were already under substantial pressure from Brexit and tensions between the U.S. and China. The year 2019 saw China losing export market share rapidly, as low-cost production moved to countries such as Mexico and Vietnam. Simultaneously, efforts to conclude free trade agreements had substantial impacts on supply-chain restructuring.

By early 2020, however, all eyes would turn to another disaster in the making.

COVID-19’s disruption of the supply line is severe. Widespread loss of life, lockdowns, and restrictions turned economies, business, and their supply chains upside down, almost overnight.

Global companies are reliant on production and supplies in China, Southeast Asia, and other low-cost areas. Pre-COVID, the increased risk of trade wars, trends of nationalism and protectionism, sustainability, and human rights issues were already disrupting China’s hold on production.

COVID-19 showed us just how bad supply chain disruption could get, and how quickly it could happen. Complex global supply chains were built on cost and efficiency—but not with resiliency.

And a late-night host

At the end of 1973, the same year the OPEC oil embargo caused massive shortages, The Tonight Show late-night host, Johnny Carson, made a joke in his opening monologue concerning an upcoming toilet paper shortage. Relying on a news clip regarding commercial toilet paper, his monologue and jokes prompted a surge of panic buying of, you guessed it, consumer toilet paper.  That same month, a congressman issued a press release warning that toilet paper shortages may happen.

This was likely the first time that stores relegated customers to a “two only” purchase. Carson did what he could to set things straight, but the empty shelves took a while to fully restock.

The COVID-19 pandemic brought a major change in risk between 2019 and 2020. This chart shows where infectious disease now ranks on likelihood and impact assessments. 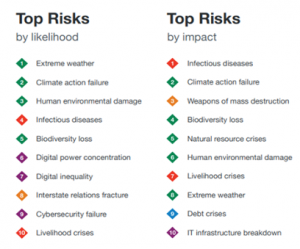 For those that have already seen a substantial turnaround, what was the secret to their speedy recovery? How can companies best prepare supply chains to withstand future crises and minimize the impact of potential disruptions?

Investment in technology and considerations on sustainability in the supply chain will be key. Building in redundancy and understanding where your own vulnerabilities lie—as well as those throughout your supply chain—are also important

Will things go wrong? Of course. Can risk be mitigated? Not entirely. Companies that are working through where they are, and where they need to be, in risk mitigation will likely fare better than those that do not.

Natural disasters, wars, trade policies and politics, pandemics, and today’s answer to late-night TV host, Johnny Carson, will happen. What are you doing to protect your company and yourself?