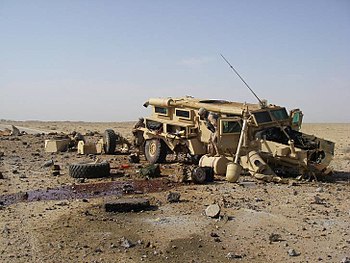 It is predicted that the global explosive detection equipment market size will grow by almost $3 billion during 2019-2023, at a CAGR of nearly 9%.

It is essential for security agencies to regulate and implement preventive security planning for aviation, maritime, air cargo supply chain, and offshore oil and gas transport sectors per global standards. As per the Department of Homeland Security, the use of ammonium nitrate in crafting explosives as a potential security threat that needs to be monitored for ensuring national safety. Hence, the Ammonium Nitrate Security Program was formed to regulate the sale and transfer of ammonium nitrate from a manufacturing facility for the prevention of the misappropriate use of the chemical in acts of terrorism.

Increasing security standards involves the use of reliable compact and portable IED detection equipment for ensuring effective identification of explosives used in IEDs. Earlier, tracing and detection equipment were bulky, which resulted in the limited scope of application. The advent of wearable sensors is expected to improve their applicability. A significant stride in the wearable sensor technology was witnessed in the last decade. In 2013, scientists developed a sensor capable of detecting low concentration of explosives and chemical in gaseous or liquid forms: the sensitivity of the device was in parts per trillion range.

“Nearly 35% of the market’s growth will come from the APAC region. Countries in this region are strengthening their security screening capabilities with advancement in technologies employed in EDS owing to the rising tension among neighboring countries, particularly the South China Sea dispute. Emerging economies such as China, South Korea, India, and Japan are continuously increasing their defense budgets to strengthen their national security. Therefore, the growing demand for hybrid screening hardware systems from military forces of different countries will augment demand,” says an analyst at Technavio.

To increase their explosive detection equipment market share, manufacturers are focusing on AI tools in EDS. Evolv Technology tested its high-speed body scanners at the Union Station in Washington. Companies such as the Smiths Group developed CORSYS which is an AI-driven solution that enables a significant increase in inspection precision.

Were the Ancient Egyptians the First Procurement Professionals?

Will Blockchain be the Answer to Transparent Sourcing of Conflict Minerals for Electronics?