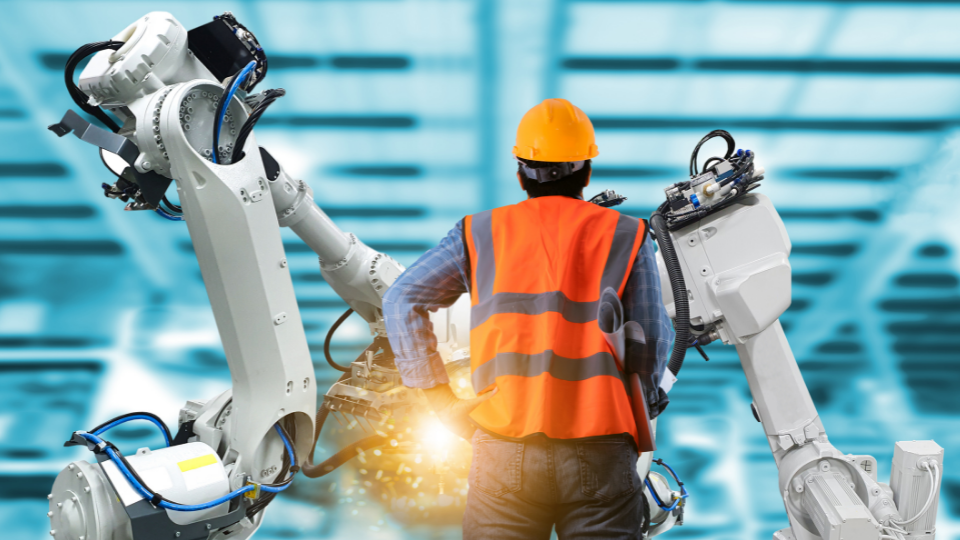 The Advance of Collaborative Robots

Collaborative robots, or cobots, designed to share a workspace with human colleagues and physically interact with them, deliver productivity at lower production costs with high repeatability and strength. Their presence enables their human counterparts to retain decision-making roles within the collaborative environment while the robots do the heavy lifting.

Cobots vary, from autonomous robots that work alongside humans in an office environment able to ask for help to industrial robots no longer restrained by protective guards. In 2017, the global revenue of cobots was valued at USD 373.3 million. Since then, however, rising demand tied to increased automation is pushing the global revenue forecast to USD 9767.8 million by the end of 2025.

Employed on the factory floor, in warehouses, hospitals, automotive settings, and in the delivery of supplies, they initially focused on boring tasks to the humans and retained jobs involving complexity until now. Things are rapidly changing in the cobot world. Recently, given the pressure on supply chains from an explosion in e-commerce, economic forces, a disappearing workforce, and a pandemic, we are beginning to see substantial advances in robots, including:

There are several advances in technology that will translate to lower cobot costs. For example, a morphology design customizes and produces lightweight, high-precision gearboxes for collaborative robots. The company uses bulk metallic glass, a combination of both glass and metal properties. Non-crystalline, the gears based on this technology do not require liquid lubricants and can operate in temperatures below minus 290 degrees Fahrenheit without a heat source. Their inherent low melting temperatures mean that while powerful, they can be cast with molds, dramatically reducing their cost. Using injection molding of amorphous metals should yield significant savings as injection molding of gears costs approximately half as much as machining the gears from steel.

Tactile sensor advances enable greater collaboration between robots and humans on increasingly complex tasks with higher accuracy. Cobots are now capable of “feeling” an object and identifying it through touch. Tactile sensors gather information about a thing, including shape, size, and texture. They then can transmit an electrical signal to a controller and measure the natural characteristics of the objects for defect detection at a deeper level. With a more compelling sense of touch, cobots move into applications where they interact with more fragile or deformable objects, expanding their use and collaborative abilities.

Detection sensors include areas that enable a cobot to slow down or stop when human workers are nearby. This has been in place for quite some time. However, navigation is being improved by embedding tactile sensors at the end of a cobot arm, using artificial intelligence to avoid collisions.

Scientists at the Institute of Management Sciences, Pakistan, Yeungnam University, South Korea, Xidian University, China, and University of Naples Federico II, University of Calabria, Italy, recently announced that they bring collaborative robotics to the field of top-view surveillance. They propose a detailed framework whereby deep learning is used in top-view computer vision rather than frontal-view images—using a smart robot camera with an embedded visual processing unit with deep-learning algorithms to detect and track multiple objects.

According to Frost & Sullivan, advances in 5G and edge computing give cobots improved flexibility and implementation. 5G will provide low latency and on-the-go decision-making. Edge-based AI will enable robots to carry out data processing closer to the robot rather than traveling to/from the cloud.

The cloud is still essential for cobots, however. Vention and FANUC allied to sell FANUC CRX collaborative robot cells online directly. The cloud-based manufacturing automation platform (MAP) and FANUC collaboration will enable customers to design and order complete end-to-end robot cells directly from the Vention cloud platform. The platform empowers users to create and simulate robot cells in a fraction of the time generally required with traditional CAD software.

Cobots are strong in the productivity column. However, when industrial robots and cobots are compared, cobots may still come up short in some areas, including charging, abnormality detection, and speed and payload capabilities. To prevent cobots from running out of power midway through a job, automatic-charging stations will avoid depletion battery and be used between tasks or when the battery is at a certain level of depletion.

Challenges that are not as far along include:

As long as users understand their capabilities and limitations, they will work productively alongside humans. They remain a cost-effective investment, bringing a fast ROI for various applications.

Collaborative robots are advanced solutions that continue to evolve. Cobots are rapidly gaining ground in flexibility, mobility, and the ability to work with their human counterparts. Given today’s labor gap, especially in the warehouse and on the shop floor, cobots now have an even bigger market available to them.

How cheap are they? According to Asian Robotics Review, “British-based start-up Automata just released a six-axis cobot arm named Eva for $6,500… To give a little perspective to that bargain-basement price, cobots, according to Robotiq’s blog, go on average for $35k. A brand new, still-in-the-box Universal Robots UR-10 is selling for $44k on eBay. A used teach pendant for the UR-10 is $3k on eBay. Upkeep for the UR-10 could run as much as the purchase price.”

In addition to declining prices, another way of offsetting a one-time considerable capital expense to begin to use cobots can be seen with new leasing programs, such as that offered by Universal Robots and DLL. The program allows for monthly payments, similar to a vehicle purchase. The lease allows for purchase at the end of the term, a return of the cobot, or continuation of the lease.

In a recent report, Logistics Automation Market – Growth, Trends, COVID-19 Impact, and Forecasts (2020 – 2025), “According to DHL…despite the advantages, 80% of warehouses are “still manually operated with no supporting automation.” It seems that with their increased capabilities and lower cost, the time for cobot implementation is now.