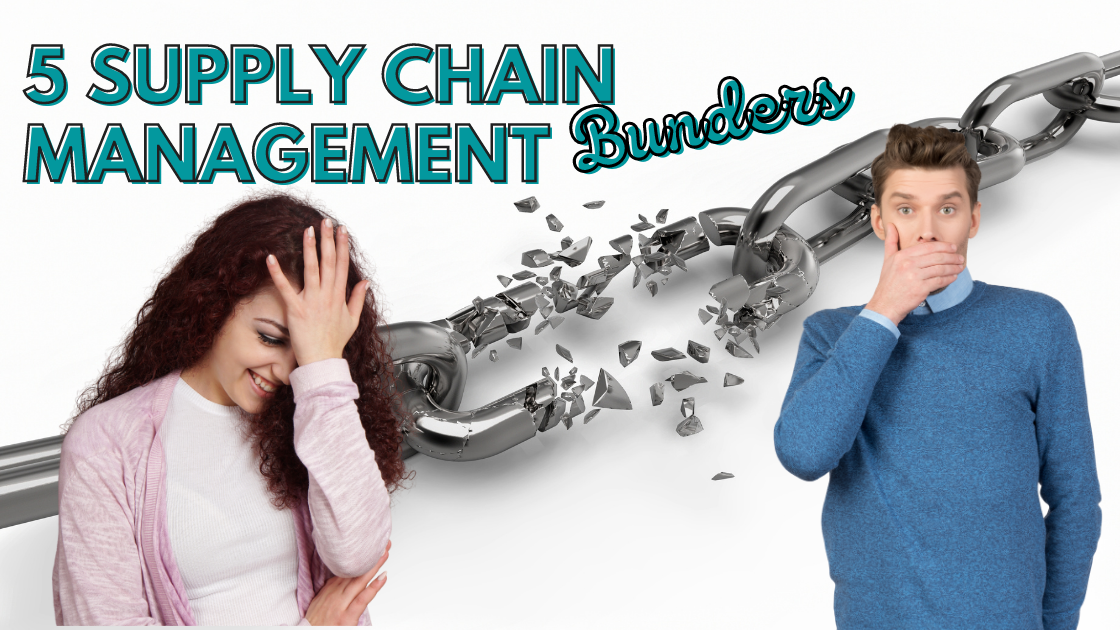 Fortunately, we have many tools today that help mitigate the inherent risk associated with supply chains. We can also learn from the past.

Here are some classic examples of supply chain blunders that happened because of inept management decisions.

Whereas today, online grocer WebVan would likely have flourished, at the turn of the century, it was an idea before its time, as well as a spending disaster. WebVan went from billions in market capitalization to bankruptcy—in record time.

Its management erroneously decided to invest a fortune in building multiple $25-$30 million warehouses and automating it all immediately—remember, this is a low-margin retail grocery. It wasn’t selling enough to warrant such a huge and immediate expenditure. While it had all the makings of success including financing, a high-profile CEO, and a successful IPO, the investments were made on faulty assumptions—that there was endless capital to spend and a matching level of demand. Neither was correct.

General Motor’s CEO Roger Smith was obsessed with robot technology in the 1980s. Smith wasn’t alone—by the 1980s, billions of dollars were spent by companies globally to automate basic assembly plant tasks. Smith purchased IT firm EDS and set out aggressively to build and implement robots and deploy another 14,000 in plants by 1990, at a price tag of billions.

The results? The robots didn’t work. Some accidentally painted themselves, dropped windshields on front seats, and dramatically lowered productivity at GM’s Hamtramck, MI showplace factory. The project was scrapped as costs climbed and market share shrunk. It also cost Smith his job.

To say that Hershey should have known better is an understatement. Coming up to the 1999 Halloween season, Hershey had just spent more than $100 million on a new order management, supply chain planning, and CRM system. The management decision to “go live” with all three systems simultaneously in April 1999 was optimistic and implementation dragged into summer. When Hershey pushed the button on implantation, there were major issues—the biggest being the candy sitting on the dock couldn’t seem to find its way into trucks to be shipped to customers. Order management systems operated blindly to inventory and $150 million of missed orders resulted. Fortunately for Hershey, it was large enough and its reputation solid enough to weather the storm.

There are two Toys R Us mishaps worth mentioning. The first takes place during the Christmas 1999 season when Toys R Us advertised heavily, promising Christmas deliveries for all orders placed by December 10. The resulting order avalanche that caused made it impossible to ship on time.  Right before Christmas, the company sent out thousands of “We’re sorry,” emails conveying the bad news. The media went wild and customers came unglued. Toys R Us later outsourced order fulfillment to Amazon.com, which is a good segue to problem #2.

To avoid a repeat of 1999, in 2000 Toys R Us partnered with Amazon, paying Amazon $50 million/year and a percentage of sales as its exclusive seller of toys and baby products. Going to ToysRUs.com redirected customers to Amazon. Amazon expanded its own toy and baby categories, as did Toys R Us competitors—all selling those products on Amazon.

Toys R Us ended up in bankruptcy and the blame is placed squarely on management and its failures, including a stagnant business model, insufficient technology, failure to recognize and adapt to consumer behavior changes, and an inability to protect itself from external changes in the marketplace.

$5 billion FoxMeyer Drugs implemented a $100 million dollar order processing and DC automation system with an unrealistically aggressive timeline which was responsible for their bankruptcy. From the start, the system was unable to handle order volume. The 420,000 orders processed a night with the old system fell to 10,000 with its replacement. Automation controls were infested with bugs; the underlying software failed in the middle of the process, causing stop and restart in the middle of intense operations. Partial shipments were not visible to the system causing replacements to the tune of tens of millions in unrecoverable shipments. After filing for bankruptcy the main operating division of the $5 billion company was sold to its larger rival, McKesson, for a mere $80 million. Management consistently ignored red flags and clearly failed to have a viable project risk assessment in place.

So, what do all of these have in common? Poor management decisions. Funds are never infinite, complex system upgrades require serious testing, grasping critical business and industry trends is crucial, and technology—no matter how compelling—is best staged over time.

Geek+ and Universal Logic Team Up to Elevate Industry 4.0