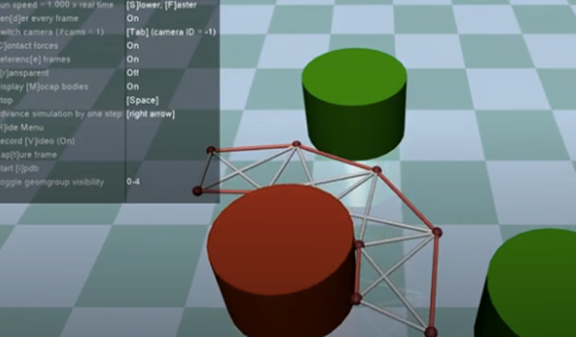 Experts working in the intersection of robots, machine learning, and physics-based simulation weighed in on computer simulation’s role in accelerating the development of smart robots that interact with humans.

Lehigh University’s Jeffrey C. Trinkle, a faculty member and Chair of the Computer Science and Engineering Department, and colleagues from other institutions, co-authored a “Perspective” paper called “On the use of simulation in robotics: Opportunities, challenges, and suggestions for moving forward” (DO: 10.1073/pnas.1907856118) that appears in the latest issue of the Proceedings of the National Academy of Sciences (PNAS). The paper claims that well-validated computer simulation can provide a virtual proving ground for understanding safely, faster, at lower costs, and more thoroughly how the robots of the future should be designed and controlled for safe operation and improved performance.

Trinkle and his team are working on a collaboration to develop a new approach to the design and construction of soft robots—the future of human-machine collaboration. Behind the project is the movement of natural muscles in soft animal structures such as giraffe tongues, octopus tentacles, and elephant trunks. These movements are not available in robots and simulation may eventually be able to break down barriers to achieving them and do so in years rather than decades.

Trinkle’s soft-robots project is a collaboration with Yale University, the University of Washington, and Brown University, funded by a National Science Foundation Emerging Frontiers in Research and Innovation grant. He uses mathematical models, along with computer science techniques like search algorithms, to develop the computer system to “tell” the robot how to move, using the robot vacuum Roomba as an example. Trinkle’s team is applying biological data to construct a computer simulation of, in one example, an elephant trunk. Using simulation, Trinkle applies mathematical models to instruct the simulated appendage to curl around a simulated object such as a circle, representing what would be a disk in three-dimensions.

To design the “brain” or “map,” Trinkle uses techniques employed in building artificial neural networks, a type of machine learning that is modeled on the human brain. These neural networks are trained in a process similar to human learning—data “trains” the system through “trial and error.” In this case, the network is trained with data generated by the computer simulation of an abstracted elephant trunk.

The team is currently working with a next-generation lightweight robotic arm designed specifically for academic and industrial research. A key feature of the arm is that it has “seven degrees of freedom,” or seven independently controlled joints that allow for superior reachability in the three-dimensional workspace. Given its design, the robot’s gripping mechanism, or “hand,” can remain in the same pose even while the other “arm” joints are moving.